While in the building, a mask must be worn at all times.  Our complete policy can be found here: COVID-19 Procedures. 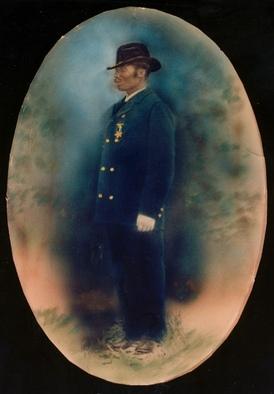 Samuel Ballton is one of the most remarkable figures in the history of Greenlawn. Born a slave on a Virginia plantation in 1838, Samuel Ballton would go on to live an incredible life. While working on railroad detail in the Blue Ridge Mountains of Virginia, Ballton and a group of his fellow slaves successfully escaped and joined the Union Army during the early stages of the American Civil War. During the war, Ballton made a courageous journey to return to the plantation of his former master, where his wife was still held in bondage. The two would successfully escape back to the Union lines where they earned their freedom for good. Even after earning this, Ballton reenlisted in an all-black regiment and fought in multiple battles during the closing stages of the war. After the war, Ballton settled in Greenlawn in 1873 where he first earned work as a farmer. He was quite successful and eventually had built up enough capital to purchase and build several homes while operating farms in the area. He earned his famous moniker, "The Greenlawn Pickle King," in 1899 when he purportedly raised over 1.5 million pickles in one season. Ballton contributed greatly to the growth of Greenlawn and the surrounding area, often referring to it as the most beautiful on the North Shore of Long Island. He remained in Greenlawn until his death in 1917 at the age of 79. The Long Islander reported his death by saying; "He has always been a booster for Greenlawn, and the village has lost a good resident by his death." It was recently announced that Boulevard Avenue will be renamed Ballton Way in recognition of his incredible accomplishments.

You can learn more about the remarkable Samuel Ballton below: